54 years ago Arlo Guthrie took to the stage at the Newport Folk Festival and for 18 and a half minutes entertained the audience with his storied song “Alice’s Restaurant.” You could close your eyes and see the old church in Great Barrington, Massachusetts where the story is centered. At the end of the song …

END_OF_DOCUMENT_TOKEN_TO_BE_REPLACED

53 years ago Arlo Guthrie took to the stage at the Newport Folk Festival and for 18 and a half minutes entertained the audience with his storied song “Alice’s Restaurant.” You could close your eyes and see the old church in Great Barrington, Massachusetts where the story is centered. At the end of the song …

END_OF_DOCUMENT_TOKEN_TO_BE_REPLACED

The First Night of Hanukkah 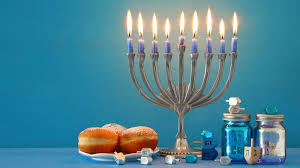 The Jewish holiday of Hanukkah begins tonight at sundown on December 22 and end at nightfall on December 30. This year the first night coincides with the first full day of winter. It is a commemoration of he rededication of the Second Temple in Jerusalem at the time of the Maccabean Revolt. Traditionally the story …

END_OF_DOCUMENT_TOKEN_TO_BE_REPLACED 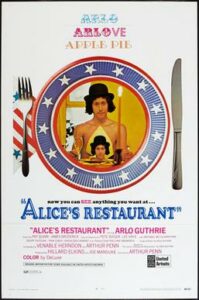 52 years ago Arlo Guthrie took to the stage at the Newport Folk Festival and for 18 and a half minutes entertained the audience with his storied song “Alice’s Restaurant.” You could close your eyes and see the old church in Great Barrington, Massachusetts where the story is centered. At the end of the song …

END_OF_DOCUMENT_TOKEN_TO_BE_REPLACED

This is the first Thanksgiving since Mom died, and it feels very weird. For years Mom went away on this Holiday, and we had our dinner the Sunday before, but still, it was our get together and it’ll be sad this year. I’m guessing Christmas is going to have it’s moments too. But, the rest …

END_OF_DOCUMENT_TOKEN_TO_BE_REPLACED

Dispatches From Hellpeckersville-Sick And Sad

I’ve been sick and in pain for the last several days. Unable to stand and work, with my computer chair being the most comfortable, I find myself bombarded by bigotry and hate on facebook. I don’t want to be this angry, but I am. I call some of the people posting this bullshit friends, hell, …

END_OF_DOCUMENT_TOKEN_TO_BE_REPLACED

Dispatches From Hellpeckersville-Color My World

A little while back I complained about not being able to finish things. That was true. I would start projects and abandon them left and right. Or I would do a project, and it would be pretty cool, and then I would drop it like a hot potato. I’m hoping this time around that doesn’t …

END_OF_DOCUMENT_TOKEN_TO_BE_REPLACED

Dispatches From Hellpeckersville-What I Did With The Prints

A few weeks ago, in my last post I was making a lot of prints on my home made gelatin plate. I had a giant stack of beautiful papers, but what to do with them? I had an idea that I wanted to make some kind of collage, but not just random bits of paper. …

END_OF_DOCUMENT_TOKEN_TO_BE_REPLACED

Twenty years ago I had a much different life, one that I walked away from, and I don’t look back all that often, but tonight I’m going to, so I can tell you all one of my gun stories. I’m not anti-gun, but I’m damn wary of ’em because none of my gun stories are pretty. I mean the ones I have personal knowledge of.

I used to have a very good friend who lived a few miles from me, in what I would call the boonies. What I mean by that is that there’s at least half a football field between houses and woods out back, sometimes some woods between houses too, narrow winding roads. I lived behind a shopping mall right off the highway, but the boonies weren’t five minutes away, she was divorced, living alone back there after, so she had a gun, a handgun. Well, who could blame her? Not me.

Now, she was a fun loving gal, and we used to party hard together, and before too long she started bringing a guy around regularly. They were a great couple, very social, except one thing–they would get into epic, crazy fights. Screaming, throwing shit, getting out of cars on busy highways kind of fights. Most of this happened off-stage so to speak, except the car one, I was in the car for that, and for a moment I didn’t know if she was trying to catch him or run his ass over.

I’m guessing at this point I don’t need to tell you she wound up shooting him, do I? I wasn’t there. They were fighting. She winged him. I talked to her on the phone, she didn’t know what charges she was facing or what. It was going to depend on what he had to say. Was he charging at her? Did she have cause to fear? She’s on the phone freaking out, and him? He wants to come…to her house. For some strange reason the cops don’t want him to do that. Huh.

The whole thing was a mess. The best thing I can say is that he wasn’t hurt bad, and her ass didn’t go to jail, but the aftermath still wasn’t pretty. From what I read, a good portion of the people who discharge their personal firearms wind up doing so on somebody they know. A lot of the times with much worse results than my friend. Hers is the best gun story I know, and it sucked.

Dispatches From Hellpeckersville- Not This Again

This will be short tonight. There’s a reason I never say things like: what else could go wrong? or: it can’t get any worse! Because I’m a firm believer that the moment you say such a thing, it bites you in the ass. So I never even think it, yet it happens anyway. My kid is star student again next month. Me and Cleetus have to go into his classroom and “do something” with his class. Well…shit.

We nailed it last year. We really did, it went as well as I could have hoped, but my anxiety leading up to the big day knew no bounds. And I actually had a pretty good idea for that day, and was feeling pretty good, having just started to experience some good days from the botox. Now? I got nothing. No idea what I’m gonna do with these fifth graders, and it is killing me.

I have a general anxiety about going into schools just anyway. Even for good things, I get a mild “being sent to the principal’s office” vibe going. Now having to prepare an activity and submit it to his teacher…argh! It’s not like I can go all Bartleby on them and say I prefer not to, I have to come up with something. I’m trying to wrack my brain, but it’s throwing up blocks. I say: Come on, you’ve entertained kids, stop and think. But then no, it’s all: yes, but those were girls and their moms didn’t care if you wanted to make jewelry or make-up.

I’m just sitting here filled with dread. Every time I think about it my mind races and I start to panic. Why? Why now? WTF, man? I never even asked what else could go wrong! I know better!