Evening Edition is an Open Thread

There are over 400 dogs in the Prietenii Nostri shelter facing another very cold Romanian winter.

If you have just a few dollars, please consider sending to the shelter. Founder Gratiela Ristea is one of my heros and she gives everything she’s got to these dogs. $10 feeds one dog for a month.

here is the pay pal link

The Invisible Hand: Further Adventures in the Territories of Hope 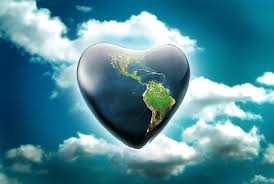 Who wouldn’t agree that our society is capitalistic, based on competition and selfishness? As it happens, however, huge areas of our lives are also based on gift economies, barter, mutual aid, and giving without hope of return (principles that have little or nothing to do with competition, selfishness, or scarcity economics). Think of the relations between friends, between family members, the activities of volunteers or those who have chosen their vocation on principle rather than for profit.

Think of the acts of those — from daycare worker to nursing home aide or the editor of TomDispatch.com — who do more, and do it more passionately, than they are paid to do; think of the armies of the unpaid who are at “work” counterbalancing and cleaning up after the invisible hand and making every effort to loosen its grip on our collective throat. Such acts represent the relations of the great majority of us some of the time and a minority of us all the time. They are, as the two feminist economists who published together as J. K. Gibson-Graham noted, the nine-tenths of the economic iceberg that is below the waterline.

Robert Reich: Why Obama Wins on Foreign Policy and Gays But Loses on Economics and Taxes

Two important victories for President Obama this week — the New Start anti-ballistic missile treaty with Russia to reduce weapons and restart inspections, and the end of Don’t Ask, Don’t Tell after a 17-year ban on gays in the military.

Why have Senate Republicans been willing to break ranks on these two, while not a single Republican went along with Obama’s plan to extend the Bush tax cuts only on the first $250,000 of income?

A hint of an answer can be found in another Senate defeat for Obama over the last few weeks that got almost no attention in the media but was a big one: Republicans blocked consideration of the House-passed DISCLOSE Act, which would have required groups that spend money on outside political advertising to disclose the major sources of their funding.

The answer is this. When it comes to protecting the fortunes of America’s rich (mostly top corporate executives and Wall Street) and maintaining their stranglehold on the political process, Senate Republicans, along with some Senate Democrats, don’t budge.

“We are winning” in Afghanistan, says Gen. David H. Petraeus. President Obama declares that the December military review shows we are “on track.” No doubt the president and the general are right: We will keep “making progress” for as many months or years as we choose to fight what is now America’s longest war – until we finally pull out, in defeat or in political exhaustion, wondering what we have accomplished for all the blood and treasure spent.

The president’s review only confirmed what informed observers already know. U.S. troops can win nearly any firefight. But ultimately we are no more secure, and Afghanistan is no closer to becoming a stable and developing country. No matter how light or agile their “footprint,” U.S. and allied occupying forces end up generating as many enemies as they kill, not only in Afghanistan but in other Muslim lands. No matter how much help we give to the Afghan people, inevitably it is seen as being on behalf of a government that is more a kleptocracy than a democracy.

New York Times Editorial: A Matter of Life or Death

St. Joseph’s Hospital and Medical Center in Phoenix announced on Tuesday that it will continue to provide life-saving abortion care to patients even though it means losing its affiliation with the local Roman Catholic Diocese.

This commendable decision by St. Joseph’s and the hospital network that oversees it, Catholic Healthcare West, upholds important legal and moral principles. It also underscores the need to ensure that religiously affiliated hospitals comply with their legal duty to provide emergency reproductive care. . . .

This is no small matter. Catholic hospitals account for about 15 percent of the nation’s hospital beds and are the only hospital facilities in many communities. Months ago, the American Civil Liberties Union asked the Centers for Medicaid and Medicare Services to investigate reported instances where religious doctrine prevailed over the need for emergency reproductive care, and to issue a formal clarification that denying such treatment violates federal law.

On This Day in History: December 23

December 23 is the 357th day of the year (358th in leap years) in the Gregorian calendar. There are eight days remaining until the end of the year.

On this day in 1893, The opera Hansel und Gretel by Engelbert Humperdinck is first performed.

The libretto was written by Adelheid Wette (Humperdinck’s sister), based on the Grimm brothers’ Hansel and Gretel. It is much admired for its folk music-inspired themes, one of the most famous being the Abendsegen (“Evening Benediction”) from Act 2.

The idea for the opera was proposed to Humperdinck by his sister, who approached him about writing music for songs that she had written for her children for Christmas based on “Hänsel und Gretel.” After several revisions, the musical sketches and the songs were turned into a full-scale opera.

Humperdinck composed Hansel and Gretel in Frankfurt am Main in 1891 and 1892. The opera was first performed in Weimar on 23 December 1893, conducted by Richard Strauss. It has been associated with Christmas since its earliest performances and today it is still most often performed at Christmas time.

After a year of despair, Haiti orphans get a fresh start in France

Iraq gets an unwieldy coalition government

A Swiss judge is recommending that smuggling charges be brought against three alleged members of the world’s most notorious nuclear trafficking ring, reviving a politically sensitive case that U.S. officials have repeatedly tried to squelch because it might expose sensitive CIA secrets, NBC News has learned.

After more than two years of investigation, Swiss magistrate Andreas Mueller said he plans to announce Thursday that he is recommending that his country’s attorney general criminally charge Swiss engineer Friedrich Tinner and his two sons, Marco and Urs, as middlemen in the nuclear smuggling network of rogue Pakistani scientist A.Q. Khan.

Most of us remember the novel by Alexander Dumas’s, “The Count of Monte Cristo“. The novel’s hero, Edmond Dantès, is falsely accused of being a traitor, denied a trial and imprisoned at the château on the Isle d’If off the coast of France.

This same fictional scenario has been the reality for the detainees at the detention camp at the US Naval base in Guantanamo, Cuba. As of November, 2010, there are 174 detainees many of whom have yet to see the evidence against them. There are 48 detainees that the Obama administrative wants to hold indefinitely and that number may increase as The White house drafts an executive order that should be ready for President Obama to sign early on January.

(The) order establishes indefinite detention as a long-term Obama administration policy and makes clear that the White House alone will manage a review process for those it chooses to hold without charge or trial.

Nearly two years after Obama’s pledge to close the prison at Guantanamo, more inmates there are formally facing the prospect of lifelong detention and fewer are facing charges than the day Obama was elected.

That is in part because Congress has made it difficult to move detainees to the United States for trial. But it also stems from the president’s embrace of indefinite detention and his assertion that the congressional authorization for military force, passed after the 2001 terrorist attacks, allows for such detention.

After taking office, the Obama administration reviewed the detainee population at Guantanamo Bay and chose 48 prisoners for indefinite detention. Officials, who spoke on the condition of anonymity, said that number will likely increase in coming months as some detainees are moved from a transfer category to a continued detention category.

I would rather this remain as an executive order than through a statute; at least it would be easier to overturn that way. But I don’t think any future President would choose to overturn it, and a statute could come anyway in a new, more conservative Congress. This is basically indefinite detention, an unheard-of policy prior to 9-11, with a bit of a smiley face. And to those who say this is limited to the 48 detainees designated for indefinite detention right now, here’s Tom Malinowski:

Tom Malinowski, the Washington advocacy director for Human Rights Watch, said such an order could provide additional safeguards for those prisoners who are already being held in as wartime detainees, but worried that it could be used to entrench the idea of detention without trial.

“My sense and my hope is that it would be limited to the detainees whom Obama inherited from the Bush administration, rather than serving as a permanent regime for the detention of anyone the government may decide is dangerous in the future,” he said.

Consider the detention of Bradley Manning, in solitary confinement without being charged with a crime. There’s been credible speculation that Manning is being held to break him and give up some information about Julian Assange. I just think this will become more of the norm, especially with a codified indefinite detention standard.

Cenk Uygur had a live interview on Dylan Ratigan Show with Julian Assange who denied any contact with Pvt. Manning, or that he was even the source of the information.

Visit msnbc.com for breaking news, world news, and news about the economy

How far down will this country go? Apparently this far

(Washington, DC) – The US Senate’s passage on December 22, 2010, of a ban on the use of government funds for the transfer of Guantanamo detainees to the US, even for prosecution, will severely undermine US efforts to fight terrorism, Human Rights Watch said today.

“The Senate vote banning the transfer of Guantanamo detainees is a reckless and irresponsible affront to the rule of law and efforts to protect the US from terrorism,” said Tom Malinowski, Washington director at Human Rights Watch. “By hindering the prosecution of Guantanamo detainees in federal court, Congress has denied the president the only legally sustainable and globally legitimate means to incarcerate terrorists.”

The provision in the National Defense Authorization Act changes a prior funding ban that blocked the transfer of Guantanamo detainees to the US except for prosecution, thereby preserving the Obama administration’s option of trying Guantanamo detainees in US federal courts. The new provision completely strips the government of the federal court option until September 2011 or until a new authorization bill is passed, effectively blocking closure of the Guantanamo detention facilities in the near future. The House of Representatives passed a similar provision on December 17, 2010. The Senate made unrelated changes to the bill, requiring it to be sent back to the House where it is expected to be passed immediately.

I met this man two years ago at the NYS Renaissance Festival in Tuxedo. He plays on a four ton Medieval Carillon. When he preforms the bells echo throughout the valley. Awesome.

A good night to write.