Sunday Train: HSR & the Slow Trains of No. California We are monitoring the demands as the occupiers make them and will report them to you as they come in. At this time, the major demand being discussed is ending the Afghanistan war within thirty days, bringing all the troops home from Iraq, dismantling the US embassy in Iraq and ending sanctions on Iran.

A new demand (or perhaps a friendly amendment) has just been made, asking the group to specify how savings from military appropriations, (47% of the U.S. budget) should be spent. Of the people weighing in on the stack, the greatest number are for Single Payer Healthcare with Universal Childcare, promoted by a small but aggressive group of women. Some people are calling for Reparations for African Americans for slavery. Another group has called for reparations for all past unpaid childcare. It looked like there was going to be a heated exchange until an African American women yelled out,”We need them both.” The person running the stack told her she had to wait her turn and couldn’t just yell things out.

The Single Payer Health Care vs. Childcare discussion resumed.  One speaker pointed out, Healthcare takes 17.5 % of our budget and Universal Childcare would take about 20%. With the troops home from the Middle East, we could afford them both with some left over. A graduate from the Harvard School of Business who had recently joined OWS noted universal child-care and universal health care might actually raise the GDP and growth rate with the new jobs it would create. Business efficiency would increase by reducing the stress on parental workers who would use fewer sick days. This speaker was chastised by another speaker for using a capitalist frame to justify a moral societal position.

About that time, the podcast of Supreme Court Justices laughing about domestic violence during the debate over The Affordable Healthcare Act on Tuesday went viral among the occupiers. A brief snippet concerning the bills ability to unleash unlimited Congressional powers on all Americans by declaring everyone a consumer at birth was also widely circulated. The stack soon became inundated by participants concerned about the loss of democratic protections unleashed by the wayward healthcare bill. Others expressed concern that universal healthcare would never be achieved in America. Several working committees were formed. Within the hour, one thousand protesters descended on the White House to demand real universal health care. Speakers at the protest included Ralph Nader of Public Citizen, Film Director Michael Moore, and the ghost of Ted Kennedy (channeled by Dennis Kucinich). Their words were conveyed through the crowd by call and response known as the human microphone.

Hearing the commotion, President Obama emerged on the White House lawn. Women demanding their reproductive freedom pelted him with IUD’s and packages of birth control pills. Before the President could retreat, Claire Goodhands, a nurse practitioner from Planned Parenthood, swooped in to collect the discarded contraceptives. Stepping too close to the President in her attempt to get pills for the economically disadvantaged, she was immediately arrested and carried away by Secret Service. Still clutching the packs of birth control she screamed, “Just one more month’s worth!” before she disappeared into a black van.

Shaken by the experience, President Obama retreated within the White House and decided on some much needed guy time. He called Mitt Romney for a beer summit to discuss an overhaul of their collective health care plan. Over a few too many brews in the rose garden, the two men decided to shield themselves from the Trojan Horse the health care bill had become. Forced to offer Americans truly universal health care, they proposed to offer Americans socialized medicine based on the US active duty military system. Effective immediately, all Americans will be allowed to go to their local military base for free medical care. The economy should get a boost from the new military bases exclusively devoted to health care scheduled to be built. The facilities will be constructed on our own soil to accommodate the returning troops and the influx of Americans needing health services and birth control.

Back in the Capitol, Al Gazeera’s feed shows most of the Congress men and women sitting in stony silence. Wait a minute! Three or four members seem to be moving their lips, apparently participating in the mic check.

An Al Gazeera reporter working her way through the crowd asked one of the protestors why OWS chose April 1st instead of May Day to initiate what appears to be a government takeover. The occupier replied,”In the United States, April 1st has its own special significance, Given the fools running the country, it seemed appropriate.”

The crowd outside the Capitol Building has swelled to 100,000. Streets into Washington, D.C. have been blocked. Worldwide attention to the events in the United States have created a firestorm of controversy. The legislatures of several other countries are being swarmed by their constituents.

In what seems to be a coordinated move by grassroots anti-austerity movements, legislatures all over Europe, and the EU Parliament itself, are being besieged by citizens demanding the socialization of the banks, resources (water, food and energy) and housing. The demand to the end of all austerity measures and the rights of workers to the whole product (an argument not heard since the 19th century) seems to be the main proposals of all the groups. A call for true democracy, by and for the people is being echoed throughout Europe. Word has just reached us that legislatures of Australia, New Zealand, Japan and South Korea have simply ceded control of the country to grass-roots organizers, insisting that they will not stand in the way of the people’s demands.

Breaking news has just reached us from Routers News Agency: The banks of Switzerland, Monaco, Lichtenstein, the Channel Islands and the Caymans have  been hacked by a mysterious figure only known as Dragon Tattoo, disappearing money into untraceable accounts … The streets of Latin America are filled with people dancing and yelling slogans calling for repatriation of monies stolen by the World Bank. They demand control over their natural resources and the expulsion of all multinational corporations from their countries. The leaders of the World Bank, IMF, European Central Bank, the heads of major multinational corporations and the security council of the UN are holding emergency meetings. The Routers New Agency website has reported that Christine LaGarbage of the IMF said,

“We, the rulers of the world’s money and property, refuse to bow to the demands of the vast majority; surely they understand that without huge income and wealth inequality they would have no jobs, no money, no food, no water, no energy. We will stop this silliness. We wish to remind people who controls the world. Military units around the world are being mobilized to stop this violent attack on our private property. We will reassert our control here in Washington. Simultaneous defense of private property will begin in the next half hour wherever there is resistance!”

In breaking news, Al Gazeera, reports soldiers sent to the assemblies are refusing to fire, some are even laying down their weapons! The soldiers have raised their left fists chanting “We are the 99%!” A young soldier has run over to a middle aged woman surrounded by children crying and yelling “We did it Mommy, we did it!” One of OWS occupiers, wearing a black mask and standing next to the heads of the IMF and World Bank in the General Assembly at the UN has stunned the world by repudiating the debt in all debtor countries. She is calling for an end to austerity measures! Socialization of the banks, food, housing, water and energy services is being offered. Guarantees that all health care will be nationalized and subsidized. Profits and interest will be capped and the surplus will go to sustaining incomes and jobs for all! Those that are unable to work will have guaranteed incomes. Disabled people’s access to jobs, all forms of transport, access guaranteed to all buildings and equal rights are being guaranteed …Wait! The head of the World Bank is speaking:

“We understand that this is a transitional program and that according to the will of the people [He keeps looking at the young masked woman with the gun standing next to him] that all means of production and distribution will no longer be held privately, Instead they will be socialized.” 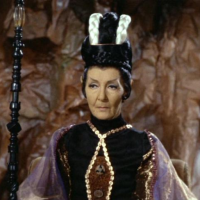