We did. We the people sent the message to our representatives not to mess with our healthcare. People called their offices by the tens of thousands to tell them not to vote to repeal the Affordable Care Act. We saw through the GOP scam to take health insurance away from people who need it most …

END_OF_DOCUMENT_TOKEN_TO_BE_REPLACED

I have a couple articles for your perusal this morning.

First, an interesting take on the reasons behind what Saudi Arabia is currently doing regarding their oil:

Saudi Arabia Sees End Of Oil Age On The Horizon

In 2000, Sheikh Ahmed Zaki Yamani, former oil minister of Saudi Arabia, gave an interview in which he said:

How do you fight?

Lately I’ve been getting deluged with emails from politicians like President Obama, various Democratic Party fundraisers and political organizations that go a little like this:

I want to fight for you!

Really? These folks want to fight for me? 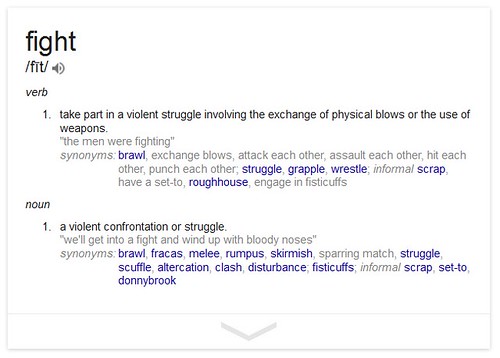 Look Honey, there’s a fella in a thousand dollar suit who wants to fight for me!

Were these guys fighting for me when they failed to meaningfully address climate change, or when Mr. Obama created and doggedly stuck to his disasterous “all of the above” energy policy? Were these guys fighting for me when they extended yet again the endless war – draining the blood and treasure of America despite the fact that those we are wasting trillions to incinerate pose no imminent threat to the United States? How about when they set up the Catfood Commission and tried to grand bargain away some part of my Social Security benefits? Was “my team” fighting for me when they set up secret trade deals that give corporations vast powers to force their demands on communities and destroy the environment with impunity?

Say, do you remember when Mr. Obama promised repeatedly that his signature accomplishment, Obamacare, would be transparent and negotiated in public on C-Span and then decided that the public didn’t need to see what the choices are? Who was “our team” fighting for when they froze out advocates of a single payer health system and then passed a new law guaranteeing a $100 billion a year subsidy to the insurance industry but leaving millions of Americans uninsured?

How about when a bunch of corrupt bankers crashed our economy, costing average Americans huge amounts of money, robbing state and local budgets of money for citizen services and threw millions of Americans out of work?  Oops, wait a minute…

Obamneycare Insurance Won’t Save You from Hospital Price Gouging Forever

Here's a small example of the criminal price gouging at hospitals that should require a RICO investigation if we were serious about controlling health care costs brought to you from US Uncut:

Passing the racket onto an intermediary and then dumping it on the consumer is part of the scam. Medicare needs full market share so it can bring all the prices down since no one will RICO Act providers, for profit hospitals, and insurance companies passing that cost in addition to 13% extra for administration costs onto you even with the ACA. Forcing you to participate in this scam is what we call Obamacare.

What Were They Thinking?

Somebody at Organizing For America (aka Obama For America, OFA) thought that a twitter campaign featuring a be-speckled twenty something wearing plaid pajamas would be a good way to #GetTalking about the Affordable Care Act (aka Obamacare). This week has a certain nostalgia for me. I am working the last four shifts in my home, Humboldt County. Nestled between pristine redwoods and dramatic cliffs overlooking the west coast of California, I want to stay here, but cannot. I am feeling the full force of the United States health care crisis. In the four years I have worked here eight of ten obstetricians in the southern half of the county have left, and now I find I am one of them.

Two obstetricians, far apart geographically and serving two different hospitals, are all that is left to serve an area once supporting 10 obstetricians. Both doctors are men over 60, who have a tough future ahead of them. Without outside help there is no way they can see all the patients that will need them. They have to remain within 30 minutes of the hospital and can be told to come to work any time of the day or night. They can never have a moment off, a full night’s sleep, a drink of alcohol to ring in the New Year. Watching a full length movie, or having a nice dinner with the spouse without interruption is a thing of the past. Neither of the remaining doctors can get sick or injured. This is really asking them to be super human and there is no cavalry on their horizon. In fact, if Catholic Health Systems is successful at closing one of the two hospitals, only one physician will remain.

As a young person, I wanted to take my medical skills to a disadvantaged third world nation. Looks like I got my wish – right here in the US. How did we get here?

Not you at the Stars Hollow Gazette. You know who.

Well it seems this continuing debacle every 3 months has ceased, for now. However, I really can’t get over this pathetic celebration over the really low bar involved with regard to avoiding what I call a political default on the public debt. This is the same embarrassing type of celebration that ensued in 2011. We need to get real. Despite the government being opened up again, there’s nothing to celebrate. We’ve already lost. After all, the debt ceiling was a precious gift Obama bestowed onto John Boehner in the 2010 tax deal as he put his full faith in Speaker John Boehner hands, as he took the full faith and credit of the United States hostage.

Of course, it was a deal struck between both of them to put who they called the “extremists” of both their parties in check, for a grand bargain like in 1983 when Tip O’Neil and Ronald Reagan cut social security. President Obama and Speaker Boehner weren’t fooling everyone, though. Just those involved in their hyper deluded, hyper partisan, claptrap. To some of us, this was entirely predictable and preventable. Now people are suffering because some people, blinded by their hyper-loyal partisan illusions, couldn’t or didn’t want to see what was there. Maybe their lack of sight reveals they don’t really care? It doesn’t matter though. This will continue to be what we go through when some of this crap continues again in 4 months in February, regardless.

This austerity government will reopen at sequester levels of funding; a sequester I predicted would be born out by the stupid Super Committee from the super austerity Budget Control Act of 2011, which I saw was inevitable since the 2010 tax deal led to the first, now ongoing, debt ceiling debacle; a miniature crisis to crisis government with no plans to invest in its citizens’ future. Anything else is possible though, from government shutdowns over the false prospect of defunding Obamacare, to any austerian Senator or Congressman using the threat of default for whatever demands they want.

We, the so called professional left as the White House derisively called us, warned about this. Anyone who denied this can either apologize now or forever restrain from speaking about matters regarding politics, civics, political deals, and the debt ceiling. We told all of you back in 2011 around this same time when that debacle was coming to its end – until this one and the next one 4 months down the line – that this was no victory.

Disclaimer: This forum rules as do the moderators. You know who I am talking about.

And here we are again! It started in 2010. The Bush tax cuts were about to expire. There was leverage to negotiate a debt ceiling raise or to just let them expire. How do I know there was leverage? I know Republicans like tax cuts for the rich, and there was a deal for the purpose of extending them with Republican votes. It passed with those Republican votes, which led to this whole thing because there was no debt ceiling raise included.

Maybe others are unaware of this? I don’t know. It doesn’t matter though; the uninformed shouldn’t dictate fantasy as reality in a reality based community. This is the actual reality and why we are worried about a global financial calamity with regard to a possible political default on the public debt, which is a choice and otherwise impossible for a sovereign currency issuer.

THE PRESIDENT: When you say it would seem they’ll have a significant amount of leverage over the White House, what do you mean?

THE PRESIDENT: Look, here’s my expectation – and I’ll take John Boehner at his word – that nobody, Democrat or Republican, is willing to see the full faith and credit of the United States government collapse, that that would not be a good thing to happen. And so I think that there will be significant discussions about the debt limit vote. That’s something that nobody ever likes to vote on. But once John Boehner is sworn in as Speaker, then he’s going to have responsibilities to govern. You can’t just stand on the sidelines and be a bomb thrower.

You know, we on the left knew what this would lead to. You don’t trust John Boehner with the full faith in credit of the United States unless one is completely clueless or an economic nihilist. The resulting signs we are starting to see of a financial panic in response to the prospects of a default on top of the ongoing depression, the jobs crisis, the continuing climate and ecological crisis all converging into one huge Epochal crisis, point to a special kind of disdain for the public that all our elected leaders have for us.  I mean, we have enough problems without adding to them through a self induced global financial then economic crisis caused by the President’s pursuit of a deficit terrorist grand bargain whether through incompetence or outright corruption.

Can Working People Be Saved From Mr. Obama’s Brilliant Plans?

President Obama has done a brilliant job for the 1%.

Under Mr. Obama’s leadership, after a tremendous, near utter collapse of the economy brought about by a corrupt finance sector, trillions of public dollars have been poured into the coffers of bankers. One recent study showed that the big banks got an annual government subsidy of $83 billion dollars a year – equal to the amount of their alleged profits.  Hold onto your hats, another recent study, by Chris Whalen and endorsed by noted economist Nouriel Roubini demonstrates that the subsidy is much larger, at least $780 billion dollars a year:

$360 billion in Federal Reserve subsidies, by creating an artificial “spread” in interest rates

$120 billion in federal deposit insurance (through the FDIC, backed by the Treasury)

More than $100 billion in fees in the over-the-counter (OTC) derivative market. (The lack of capital required in these transactions and other special dispensations from the Fed provide the zombie banks with unlimited leverage and almost no public scrutiny.)